Are addictive features inside digital products causing a public health problem? Is the attention economy’s model threatening our democracies and individuals’ freedom of choice? How can we measure, map and analyze the consequences of the attention economy on our society?

To answer these questions, MyData Geneva hosted an event about “Problematic Internet Use” on October 8th, 2019 at Espace 3DD, a space offered by the City of Geneva to organizations working on promoting the city of tomorrow.

The event was organized in partnership with Offgridme.life, an NGO which analyzes the effects of the attention economy on our society, and personaldata.io, a nonprofit which focuses on making data rights individually actionable and collectively useful.

As Shoshana Zuboff describes well in her new book The Age of Surveillance Capitalism “the core principles of the attention economy is to consider human experience as a free raw material that can be used for hidden commercial practices of extraction, prediction and sale”

During the extraction process, addictive digital features are used to modify the behaviour of the users in order to keep them hooked. Most of these features were copied from the gambling and gaming industries.

The event brought together local experts and stakeholders in the field of addiction and technology. Prof. Yasser Khazaal, addiction Psychiatrist at the University Hospital of Lausanne (CHUV) and Dre. Sophia Achab, in charge of the behavioral addictions program at the University Hospital of Geneva (HUG), shared with the audience their experience in the field of behavioral addictions. Hani Dabbagh described the evolution of Digital Technology companies’ business model as he experienced it for over 30 years working in the high tech industry with HP.

According to the doctors, the first scientific studies mentioning a possible link between internet and addiction were published 20 years ago. As people were then starting to spend more and more time on the internet or doing things related to the internet, negative consequences on their private life, school activities and sleep were observed. The scientific community began to suspect the emergence of an addictive pattern. Scientists initially used the same criteria as for the addiction to products (substance addiction), but rapidly realized that this method of analyzing wasn’t working because internet is not only one thing. Every application we use is different. The way we interact with Instagram is different from how we interact with Facebook. This characteristic makes the discussion about Internet Addiction (addiction without substance) challenging

So, what is addiction to digital products?

“We can start by saying that in our life we have many interests,” said Prof. Khazaal “and inside every interest lies an act of consuming. In an addictive behavior, the consumed product becomes a priority to the extent that it becomes problematic to control its consumption.”

There is an inversion of values when behavior becomes uncontrollable. Even though the user wants to control his behavior, he has issues doing so, which leads to negative consequences on his life.

This behavior is not temporary but persistent on a longer period of time.

When these 3 elements (1. A product becomes a priority; 2. A difficulty to control one’s behavior; 3. Consequences on one’s life and general well-being) combine, we talk about an addicted person.

The other parameters that are used in the study of traditional substance addiction such as the withdrawal feeling (“if I don’t go online I feel the lack of it”) or an escalating consumption to feel the same effect, are still controversial in the field of addiction without substance.

The World Health Organization considers only the first 3 parameters as the core symptoms for Internet Gaming Addiction.

Dre. Sophia Achab added that « when we develop guidelines regarding the problem of addiction or problematic behaviour (a health problem linked to a usage pattern), we must consider two major factors – other than the loss of control, higher frequency and intensity, which are the traditional criteria used for substance addiction. The first is the pain of the user and of the people around him in relation to his behavior; the second is the performance failure when the person struggles to do the things he normally does or to fulfill daily tasks. He starts having problems at school, in his relationships or having difficulties in his job».

In order to understand the development of an addictive behavior we look at the combination of the following three parameters: the environment – an environment that is favorable to the development of an addiction such as an easy access to an addictive product, a difficult family or socio-economic situation which causes the person to feel excluded; personal vulnerabilities – the person struggles with self affirmation, with social anxiety of with depression; the addictive components in drugs, online games, gambling etc.

Focusing only on the individual and stating that the problem is not the digital product but the individual who uses technology to escape from reality, a behavior which puts him at risk, is the wrong approach. “We must take into account and add the potential addictive features of digital products,” said Dre. Sophia Achab.

How can we then measure the addictive potential of an app or a digital product?

Paul-Olivier Dehaye of PersonalData.IO proposed to use GDPR requests to promote citizen-led science in understanding addictive mechanisms, enabled by the data portability right (see wiki.personaldata.io/wiki/Item_talk:Q1215 ). In order to do this, he proposes to have access to more information than is available on the automated data portal. Mr. Dehaye is building a collaborative and automated tool to make such requests.

His project engages in personal data as evidence for both Problematic Internet Use and (potentially) deceptive engineering through so-called “dark patterns”. Offgridme.life and Prof. Yasser Khazaal will also work on the project. 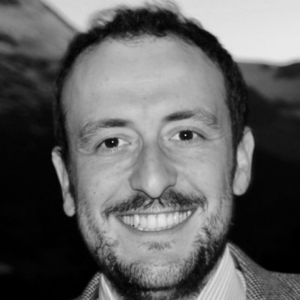 Concerned or intrigued about the issues described in the post? Connect with MyData community:
Previous Post: « Trust-based data-sharing models at the core of modern social responsibility
Next Post: Energised and more alive than ever – a look into life after the MyData 2019 conference! »